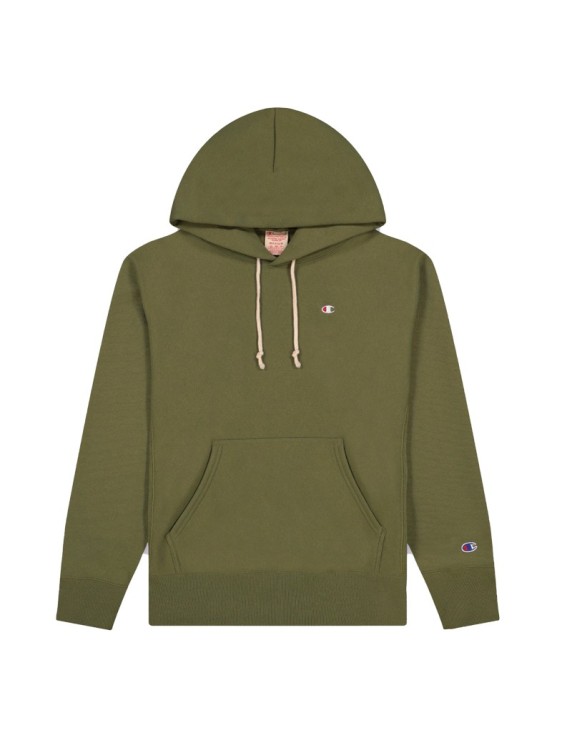 CHAMPION Hoodie
Drawstring hood
Kangaroo pocket on the front
Heavyweight 430 g / m² Reverse Weave cotton that does not shrink lengthwise
Elastic and ribbed cuffs and edges to maintain the original shape
Ribbed and stretch side panels for movement
All colors: 100% cotton

Since its founding in 1919 by the Feinbloom brothers, American sportswear brand Champion has risen to become one of the world's leading producers of activewear. The label roots itself in original and authentic designs, such as the iconic 'C' logo, which has over the years become a pertinent symbol within streetwear. Built on a century's worth of heritage and innovation, Champion is not only revered by fans, but athletes and cultural icons alike.

No reviews
Tap to zoom

Save products on your wishlist to buy them later or share with your friends.

We use our own and third-party cookies to
improve your experience and our services,
and to analyse the use of our website. If
you continue browsing, we take that to
mean that you accept their use.